A properly placed and sized ceiling fan creates an artificial breeze that disrupts the stagnant air layer, which prevents heat loss from room or space occupants’ bodies. Therefore, ceiling fans focus on cooling the occupants unlike air-conditioning units that make a room or space cooler.

With the removal of the insulating air layer, the occupants’ bodies are able to lose heat easily, making them feel cooler. Consequently, ceiling fans are cheaper to maintain since you only need to switch them on when there are occupants in the room, unlike AC units used to cool a room or space.

How Do Ceiling Fans Cool a Room?

Ceiling fans are designed to help improve air circulation in a room or space by pushing cool air down. These fans allow the occupants to stay cool, but it is good to mention that they cannot lower room temperatures like an AC unit or a window fan could do.

This is because the artificial breeze that they provide creates a wind chill effect that allows sweat to easily evaporate from the skin.

Therefore, ceiling fans are designed to focus on cooling the occupants of a room unlike air-conditioning units that work on the principle of making the air in a space or room cooler. A ceiling fan makes the other parts of the room warmer by pushing the heated air from the occupants’ space.

The heat loss happens in two forms. Convention, which involves losing heat through cool air passing over your skin. The cool air removes the heated air layer through convention when it passes over the occupant’s skin.

It may also come when considerably dry air passes over your body skin, leading to increased perspiration evaporation rate.

Consequently, it is the occupants’ body that cools down when you switch a ceiling fan on, not a room. You should thus ensure that you turn ceiling fans off when leaving your room.

This is because it is a waste of energy to leave them running when there is no one to enjoy the wind chill effect that they create.

With the advancement in technology, it is now possible to find smart fans that turn themselves off when they sense that a room is empty. Investing in such ceiling fans will help lower your energy bills as they adjust the speed depending on humidity and temperature changes in your room.

Check out our article regarding how to choose a ceiling fan to find out more!

This is because their effectiveness relies on size, unlike small ceiling fans that depend on speed for them to provide excellent results in cooling a room.

A ceiling fan of about 52 inches to 24-feet diameter is capable of pushing large amounts of air while running at a relatively lower speed. Therefore, large fans can efficiently provide the cooling breeze that makes it comfortable for occupants to stay in room or a space during the summer.

The direction of the blades rotation determines the effect that the fan brings to the occupants. Remember, a ceiling fan features slant blades that push air down when the fan rotates counterclockwise. However, the cooling effect is only directed to the occupants and it also helps improve air circulation rather than on heating the room.

When a ceiling fan rotates in a clockwise direction during the winter, it produces opposite effects by improving the hot air circulation around the ceiling. Therefore, a ceiling fan can also offer great benefits in the winter. Here is a video on how ceiling fans cool a room:

Do Ceiling Fans Cool a Room?

Yes and no, as mentioned above ceiling fans cool the occupants by creating an artificial wind chill effect around their skins. Ceiling fans remove the stagnant layer of air that prevents heat loss creating a breeze that makes the occupants feel cooler and more comfortable.

It helps promote efficient circulation of cold air from your windows or your air conditioner throughout the room. However, it is wrong to say that ceiling fans make the room cooler directly since it pushes the warm air from your skin and pushes it to the other parts of the room.

Can I Combine Ceiling Fans with AC Units?

Yes, you can use a ceiling fan together with AC units, especially on large rooms as it helps push the colder air from the air-conditioning units throughout the rooms. Combining ceiling fans with your AC unit helps reduce your energy consumption and also ensure your air conditioner does not have to work hard to cool a room.

Besides, AC units help dehumidify the air in a room, which would make ceiling fans even more effective in creating a wind chill effect. Remember, ceiling fans work better in dry air as such an environment allows the sweat on your skin to evaporate more quickly than in humid conditions.

This makes you feel cooler and more comfortable in a room even during the summer when temperatures tend to be relatively high.

Ceiling fans provide a cost-effective and energy-efficient way to cool a room during the summer. Fortunately, ceiling fans are cheaper to buy than air-conditioning units.

These fans might not be as effective as AC units in regulating extreme temperatures, but they make occupants feel cooler while in rooms with moderate temperatures. 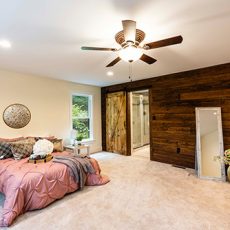 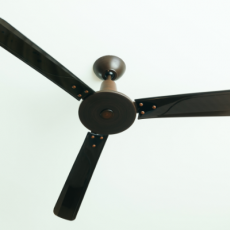 How Does A Ceiling Fan Work? – Understanding the basics 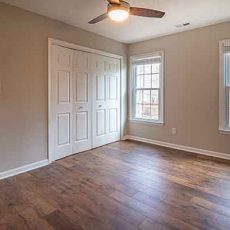 5 Key Benefits Of Using A Remote For Your Ceiling Fan